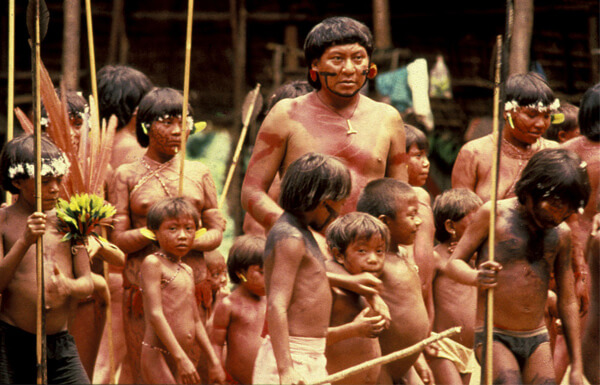 The Amazon rainforest has always been home to many wild tribes. However, even today there are peoples who have never been in contact with the outside world. According to FUNAI, a Brazilian organization that studies and protects native peoples, there are more than 77 isolated uncontacted tribes in the Amazon rainforest.

In the video, the Amazon rainforest tribe representatives for the first time meet people from the outside world. Although their ancestors had already met with white people during colonization (a gun left from them), for these young tribesmen this is the first time.

These men belong to the ethnic group of the Panoan language group. This language is spoken by native peoples living in the Amazon Delta. However, it is not known how this Indians call themselves.

The Amazon jungle have the largest number of uncontacted tribes. 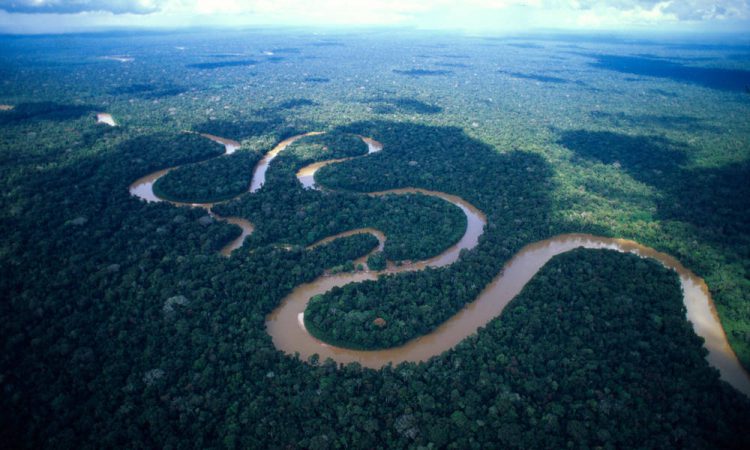 There is very little information about these uncontacted tribe peoples. Most likely, they are descendants of a tribe that was able to survive during the rubber boom. During this period, most of the Amazon Basin tribes were enslaved or killed.

An Amazon tribe crossing the river in search of a better life. It has become too dangerous in their forests and it is clearly not the fault of the animals but the “civilized” people. 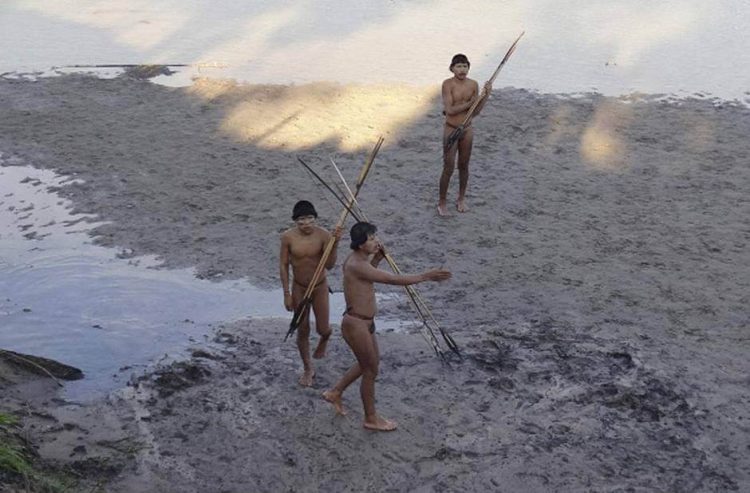 People of these tribes live in common houses. They hunt birds and animals, fish, collect fruits and nuts. It is certain that such tribes prefer isolation themselves. They hide deep in the Amazon basin and rarely make contact. There were witnesses of how the natives shot a bow targeting the planes, probably they are simply afraid of them.

Photo taken from a helicopter. One can only imagine what native people feelings is when they first see it.

However, their desire to remain uncontacted is often violated by illegal activities such as poaching or illegal deforestation. Such activities also puts such tribes in grave danger. Outsiders can infect the natives with diseases to which they obviously have no immunity. 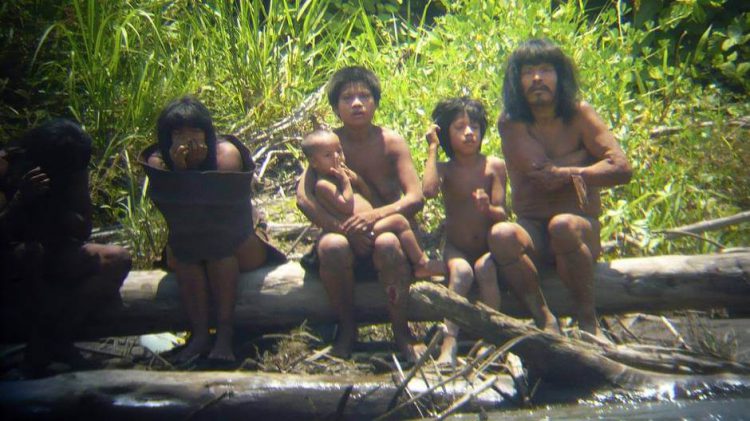 FUNAI recently cured seven tribe members of the flu after their land was taken from them by the “civilized” people. Although the savages returned to their communities healthy from the flu, that does not mean they will not bring other diseases.

Two Amazon Indians first contacting a group of researchers from Brazil on the banks of the Envira River, Acre state. Those happened on June 30, 2014. 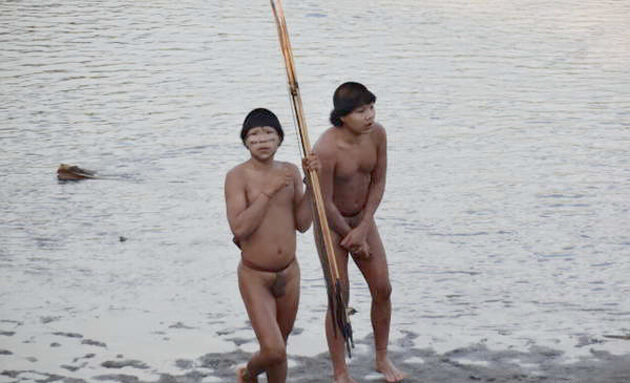