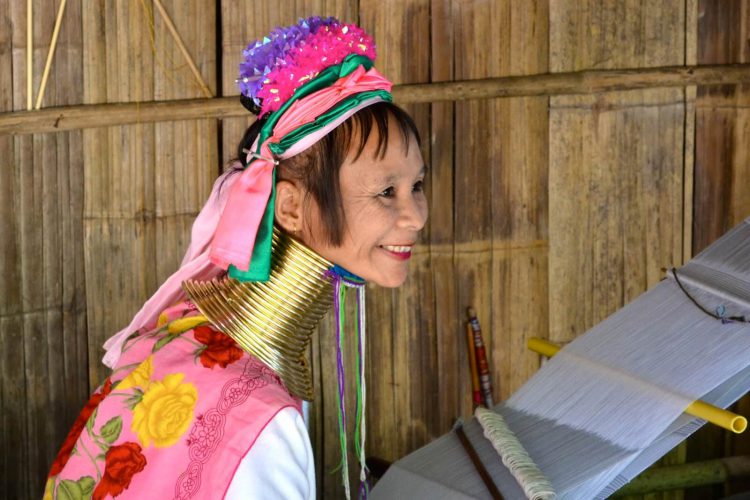 The main treasure of any country is its people. In this respect, Myanmar, especially its eastern part, with its rich culture and diverse ethnic minorities, stands out of the other states.

One of the brightest representatives of Myanmar in particular and in Asia as a whole is the Padaung tribe. They inhabit the state of Kaya in eastern Myanmar, mostly in the highlands, but sometimes congregate around the provincial town of Loikaw, near the Thailand border.

It is easy to determine the age and status of a woman by the number of rings. 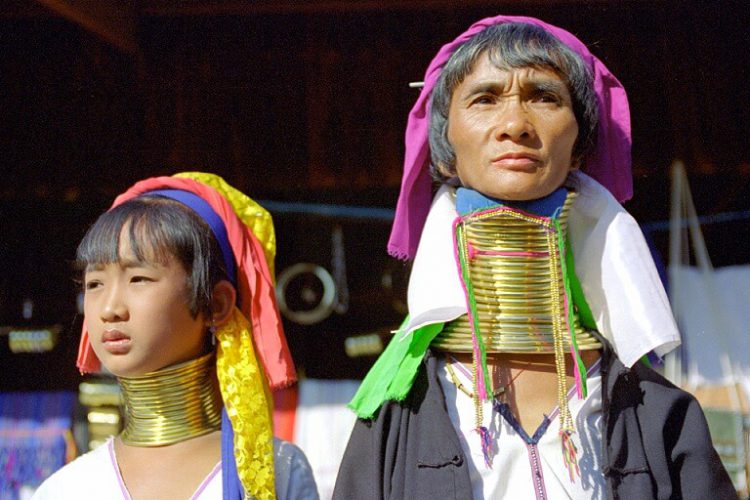 Although the Padaung people are a Mongolian tribe that was assimilated into the Karen group. They consist of 50 000 people and are of great interest due to their tradition of lengthen their necks. The custom makes a deep impression on the guests, and for the women of the tribe, the number and value of rings are an indicator of respect and status.

Even a key can serve as jewelry. 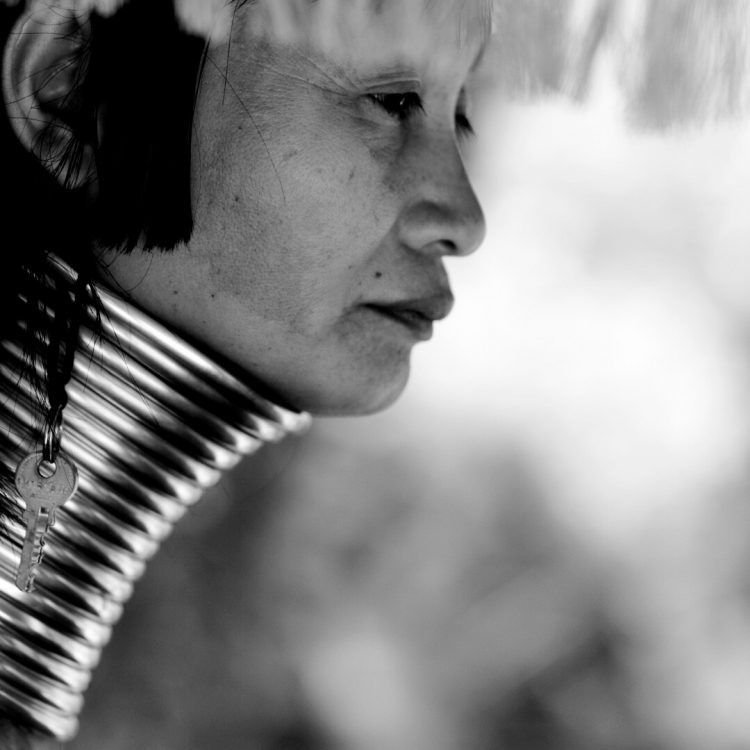 The first rings (as a matter of fact these are spirals) for girls of the Padaung tribe are put on at the age of 5-6 years. The putting on day should be suitable, the shaman chooses it, having previously performed the rite and established the location of the stars. The girls’ necks are thoroughly rubbed with ointment and massaged for several hours, after which the shaman places small pillows under the first rings (spirals).

They are often made of bronze to prevent skin irritation, and the pillows are removed with time. Every couple of years one ring is added to a girl and so on until she reaches marriageable age. For some girls the number of rings reaches 20 and their weight is about 5 kilograms.

At least it is convenient to peep in other players cards) 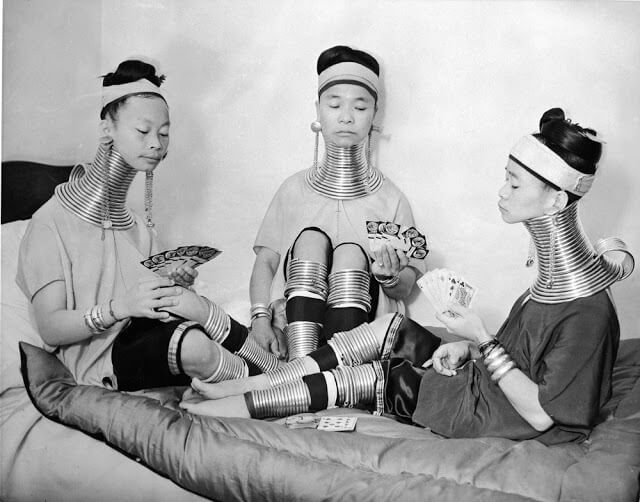 For their outstretched necks, tourists called them “giraffe women”. 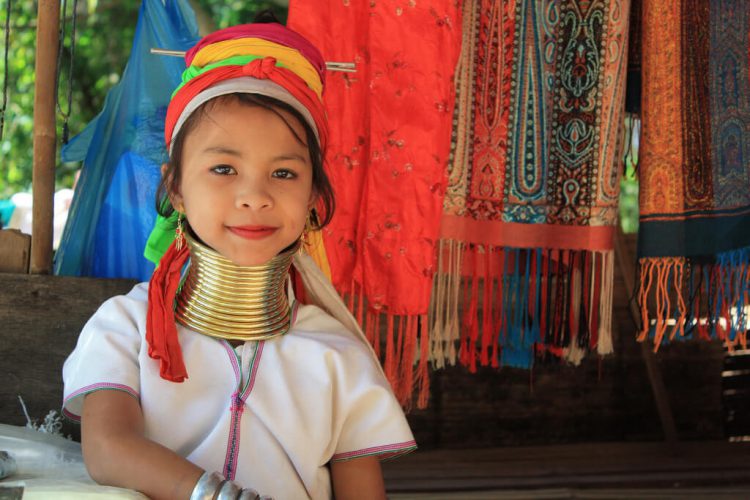 But why do women wear such “jewelry”?

Some say that the rings were worn in order to protect themselves from tiger bites, others associate this tradition with restricting of women freedom, and some claim that in this way precious metals were stored in the family.

This is how the spirals look disassembled. 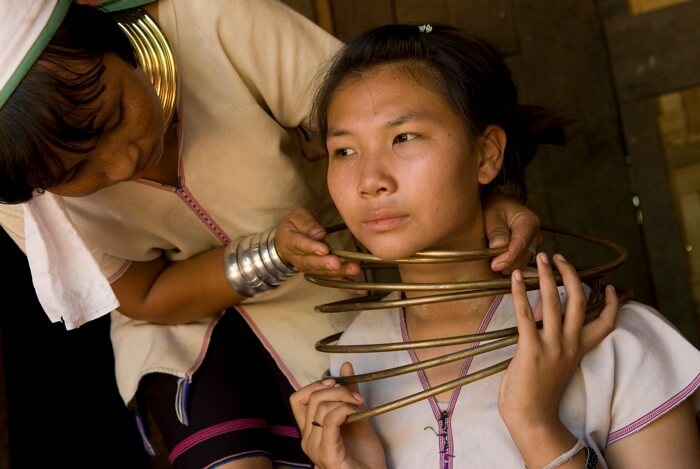 Unlike conventional accessories, these rings can only be removed with great consequences. Cheating on husband among Padaung women has always been punished by removing the rings – a sad fate worse than death. This is a harsh punishment, because the cervical vertebrae becoming deformed after years of wearing, and the neck muscles are atrophying.

For the mistake a woman will have to spend the rest of her life lying, otherwise she could face a fracture of her neck or even death from asphyxia. Nowadays it is rare, as the top of the rings does not reach the chin, creating a little space for the head.

Fortunately, studies have shown that the neck is not stretched, but the shoulder joint changes. 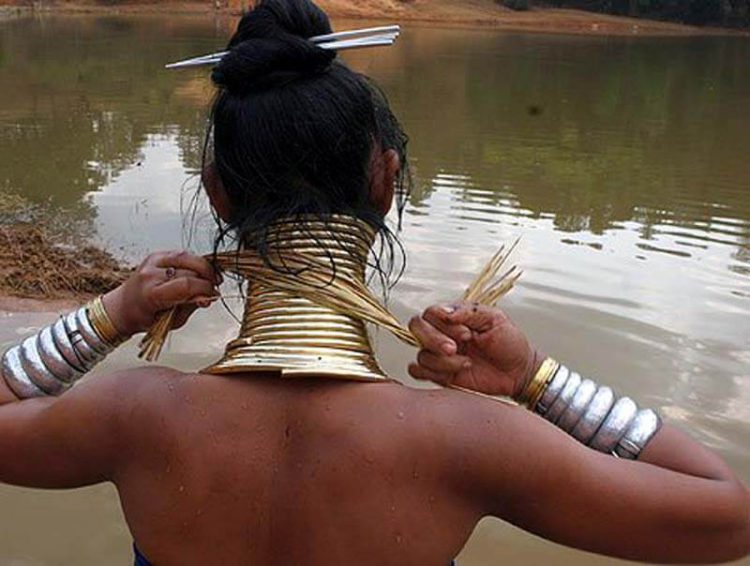 Yarning is the main work of the Padaung women. 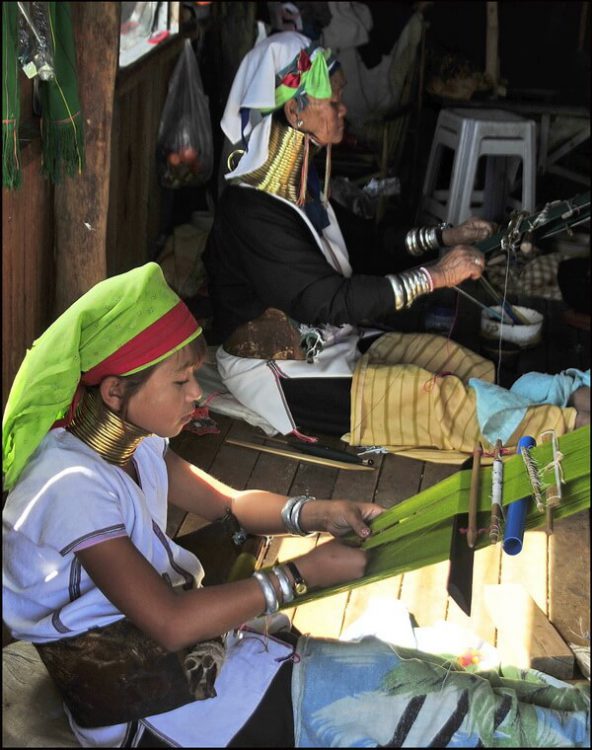