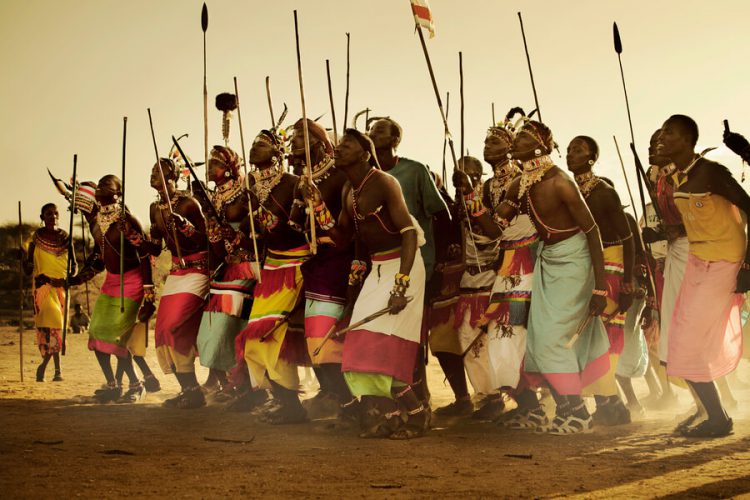 The African tribes are as diverse as the lands they have been roaming for millennia. Although the today culture of the Dark Continent is developing rapidly, the wild tribes still have a huge impact. Lately, the boundaries between different tribes have been gradually blurring. Still, for any African, belonging to a tribe is a great honor and they are in no hurry to part with the traditions and customs of their ancestors. 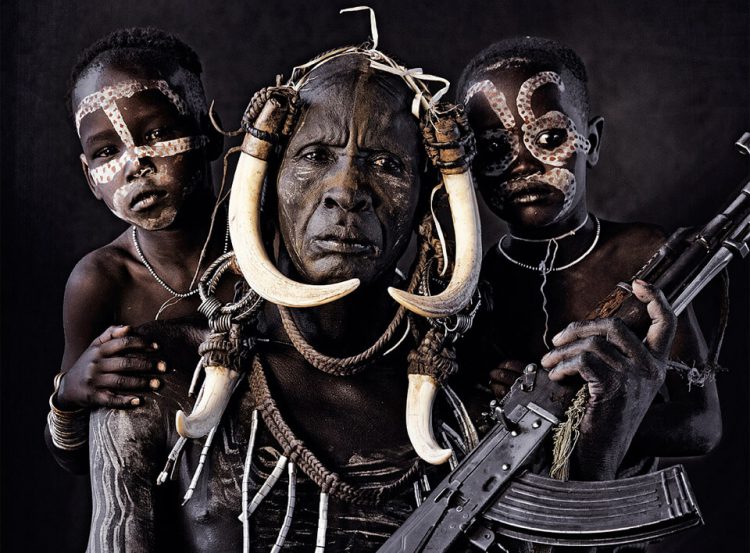 Kenya and Tanzania alone have up to 160 different tribes. Many of them converted to Christianity, but some continue to believe in ancestors and spirits. The African tribes have great political and economic influence in their regions. For example, the representative of the Luo tribe – Raila Odinga, the Prime Minister of Kenya (even the former American President Barack Obama has Luo roots).

The most famous and popular African tribes are:

It is believed that they are descendants of a Congo chieftain. Everything in the world happens because of malicious intent and spirits witchcraft the Zulu believe. Their clothes are incredibly pretentious, as are their weapons in particular shields. Zulu tribe women cultivate the land, and men take care of the cattle and wage wars. 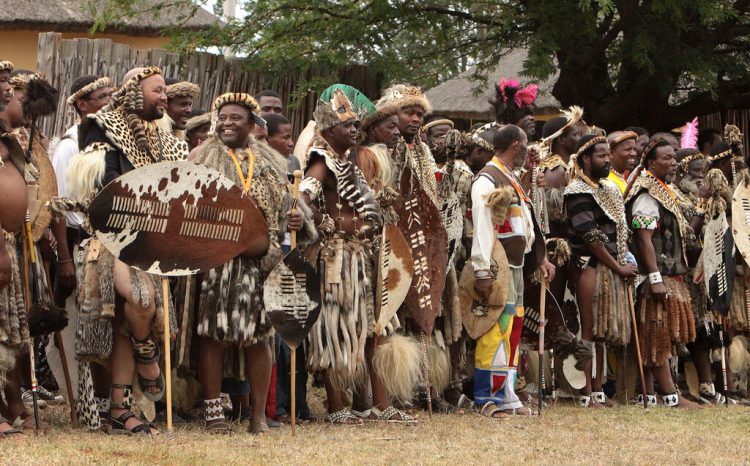 Mobile phones do not interfere with honoring traditions. 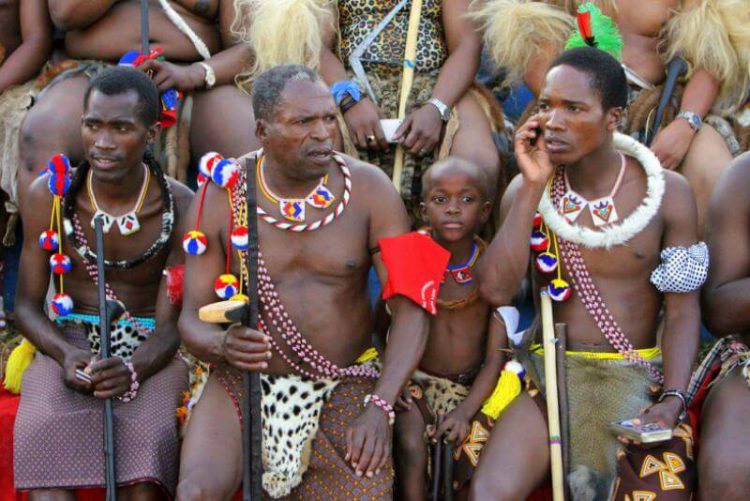 A proud and independent cattlemen people who still live in traditional villages in eastern Africa. Maasai tribe honor their traditions. Every tribe boy must become a skilled warrior. 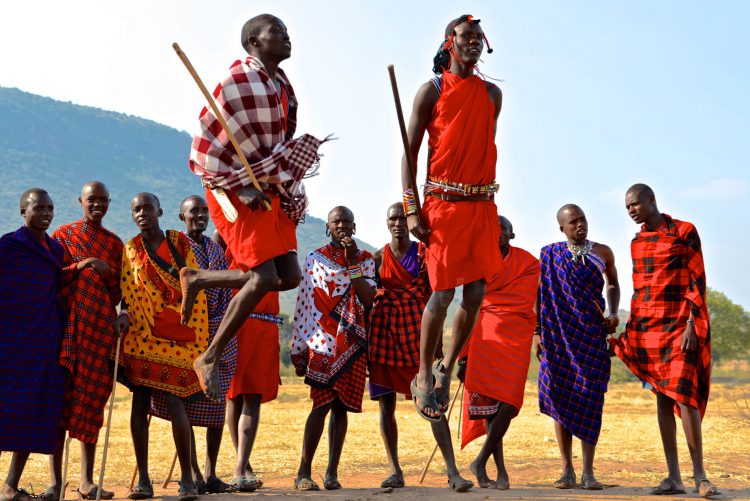 Mursi is one of the last tribes in Africa, who considers it normal for women to wear a clay or wooden disc in the lower lip. These “plates” in the lips made Mursi famous among tourists.

The article: The Mursi tribe – cruel traditions of the African people

A Mursi woman with a plate in the lip and her child. 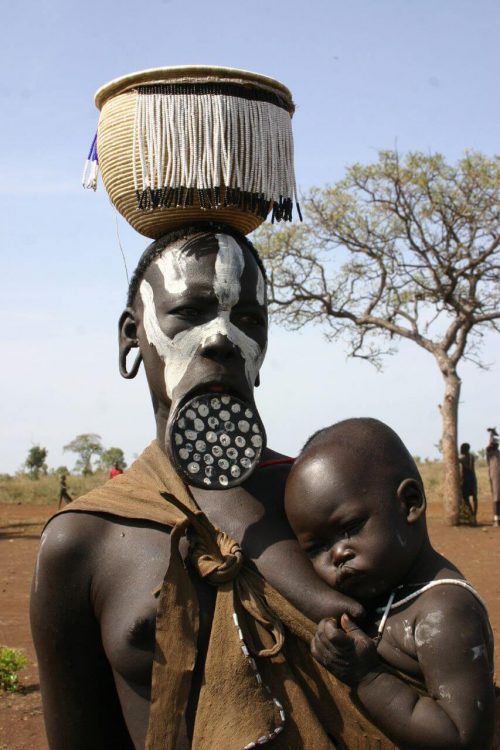 Xhosa is the second largest tribe in Africa. The number of livestock is a symbol of pride and prosperity among men.
Their language is spoken by about 8 million people. The tribe is divided into subtribes:

Nelson Mandela is a descendant of the Xhosa tribe.

Xhosa representatives are smeared with white clay – this is coming of age custom. 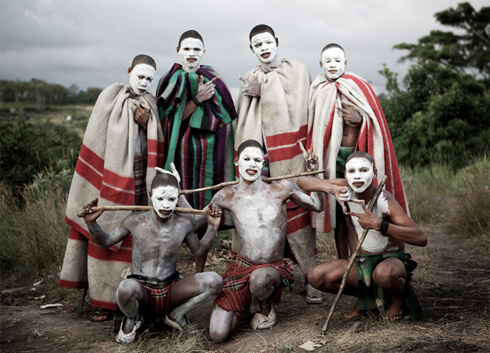 Sometimes customs of the tribes can shock the common person. The Bubal is one of those. Eating the menstrual discharge of cows is more a necessity than a tradition. Huge testicles are only a consequence of the disease, but thanks to them tribe has became popular.

Huge genitals are the scourge of the tribe. 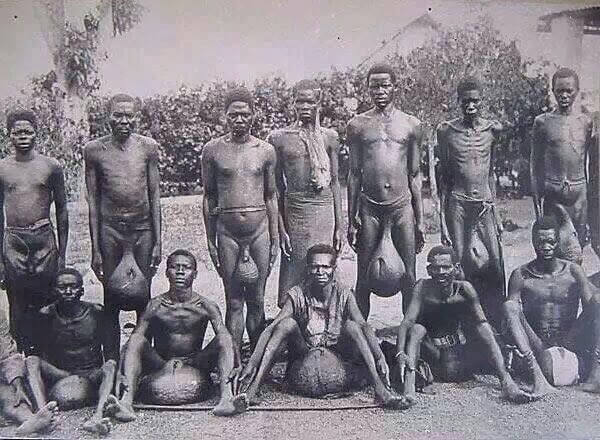 The video shows the African people and what they mean by beauty.

Those are just a few of the many African tribes. Although many of them have had to adapt to the changes in modern African life, they still adhere to the precepts of their ancestors.